11 armed robberies against ships in Asia in January

A total of 11 incidents of armed robbery against ships were reported in Asia in January 2020, ReCAAP ISC said in its monthly report. The number of actual incidents is the same with December 2019. The two alarming issues concern the recurrence of four incidents in the Singapore Strait and one crew abduction off Malaysia in January 2020.

The ReCAAP ISC is concerned about the continued occurrence of incidents on board ships while underway in the Singapore Strait.

In January 2020, four incidents were reported in the eastbound lane of the Traffic Separation Scheme (TSS) in the Singapore Strait. 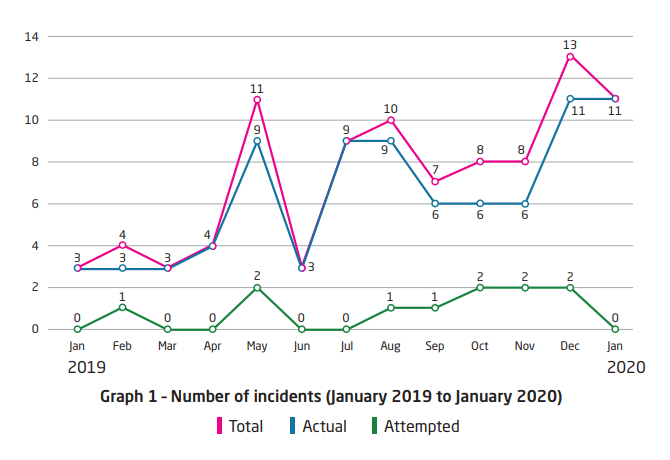 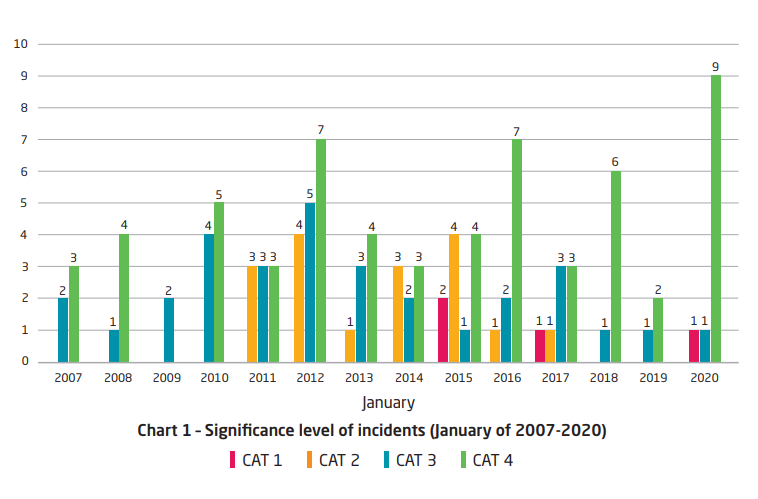 The ReCAAP ISC urges law enforcement agencies to continue to enhance surveillance, increase patrols and respond promptly to reports of incidents. Ships transiting areas of concern are to exercise enhanced vigilance, maintain all round lookout for suspicious boats, report all incidents to the nearest coastal State and flag State immediately, and implement preventive measures recommended in the ‘Regional Guide to Counter Piracy and Armed Robbery against Ships in Asia.