10 things to know about alternative fuels in shipping 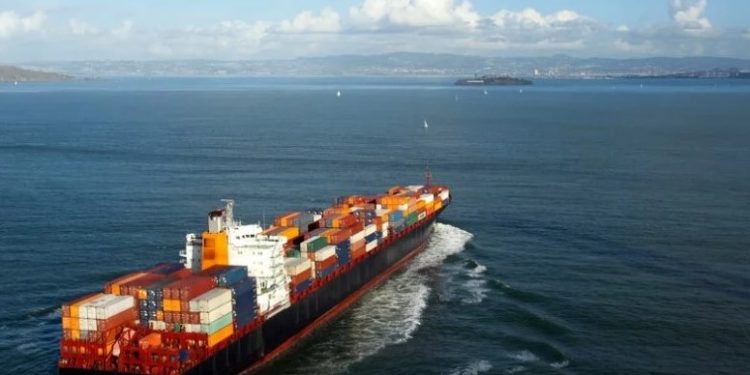 The Standard Club published FAQs, answering a number of questions that are frequently asked relating to decarbonisation and alternative fuels.

#1 Why are alternative fuels being considered by the industry?

The use of alternative fuels is considered key to achieving the Initial Strategy goals because, whilst other energy efficient measures might achieve some reduction in GHG emissions, alternative fuels will be transformative and ultimately are capable of significantly reducing, if not eliminating, such emissions.

#2 Which alternative fuels are being considered for international shipping?

#3 What about electricity, wind, or solar power as alternative energy sources?

In recent years, pure battery-electric propulsion, using lithium ion (Li-ion) batteries, has been successfully applied on small, short-sea vessels. Presently, range limitations on the use of electricity make it unsuitable for most ocean-going applications. The potential for batteries in combination with a two-stroke main engine in a hybrid system is being evaluated for larger ocean-going vessels.

#4 Which fuel(s) is/are likely to become the main alternative fuel?

There is no one-size-fits-all solution. Various factors will have to be considered in selecting an appropriate fuel type based on vessel type, age of the ship, trading area, retrofitting costs, operating budget, fuel price/availability, infrastructure development, etc.

Choosing the right fuel strategy is one of the most important decisions an owner will have to take for a current new build. The key will be to optimise the fuel storage and propulsion system of the ship to accommodate current and future fuel requirements. A vessel built now faces a significant risk that the most competitive fuel in the ship’s early life will not be the same subsequently.

Ensuring safety is of paramount importance in achieving the successful and timely roll out of new fuels such as hydrogen and ammonia. The development of safety regulations and guidelines will be necessary to evolve from large scale demonstration models to commercial use.

IMO’s International Code of Safety for Ships using Gases or other Low-flashpoint Fuels (IGF Code) addresses standards for ships using low-flashpoint fuel in general, but the current version focuses on regulations to meet the functional requirements for gas fuel (LNG). During the 7th session of the IMO Sub-Committee on Carriage of Cargoes and Containers (CCC-7), which was held from 6 to 11 September 2021, a work plan was agreed for the development of provisions for new low-flashpoint fuels under the IGF Code, including hydrogen, ammonia, LPG and methyl/ethyl alcohols.

#6 Are some alternative fuels better suited for certain ship types or trades?

For a fuel to become widely used, it must have adequate scalability, i.e., both the infrastructure and the demand must be there, and it must be generally price competitive for take up. This may be easier to achieve for ships on regular liner routes. Those travelling between ports (i.e., bulk vessels on tramp trades) will have a difficult time sourcing the scarcer options.

#7 Are alternative fuels presently available in key world ports? If not, when will they be?

LNG is presently the most readily accessible alternative fuel but is still not easy to source and certainly not carbon free. LNG (Bio-LNG and E-LNG) and Biofuels are good options for transitional fuels.

Methanol is only available in limited areas and is not yet in sufficient quantities to satisfy the requirements of the industry.

For the other alternative fuels under consideration, testing, development and creation of associated infrastructure is still on-going and they are not yet readily available.

#9 Are there any cover issues associated with the use of alternative fuels generally?

From a club cover perspective, clubs will need to consider matters pertaining to both (i) contractual obligations, such as deviation, and (ii) fines, such as those imposed for non-compliance with the MARPOL regulations. It is anticipated, though currently uncertain, that most cover-related issues will arise in respect of fines.

Other than in cases of purely accidental discharge, P&I cover for pollution fines and associated expenses has only ever been available on a discretionary basis. For a discharge to be accidental, there should be no intention to cause the discharge. Rather, the discharge itself must be accidental. Situations of accidental pollution are rare, and we anticipate this will continue with the advent of alternative fuels.

The club’s board may exercise discretion in favour of the member if it is satisfied that the member took all such steps as appear to the board to have been reasonable to avoid the event giving rise to the fine. This involves a detailed scrutiny of the circumstances surrounding the offence, as well as an assessment of the environmental policies and procedures the member had in place.

#10 What are owners doing in terms of new buildings and what is the outlook?

The industry reports there is an increase in newbuilds on order that have alternative fuel systems or dual-fuel capabilities. Except for electrification in the ferry segment, the alternative fuels being used are still mainly fossil based and are dominated by LNG.

There will be demonstration projects for onboard use of hydrogen and ammonia by 2025 paving the way for zero-carbon ships, and these technologies may be ready for commercial use in four to eight years. Methanol technology is more mature and has already seen first commercial use.

A range of new technologies are emerging including fuel cells, carbon capture, and storage (CCS), as well as wind power.

During the latest GREEN4SEA Forum 2022, Capt. Akshat Arora, Senior Surveyor, Standard Club, and Jamie Wallace, Legal Director, Standard Club talked about the potential that alternative fuels have in shipping. Speaking from an insurer’s perspective, Capt. Arora and Mr. Wallace presented the current landscape regarding alternative fuels, and made recommendations for their best use.