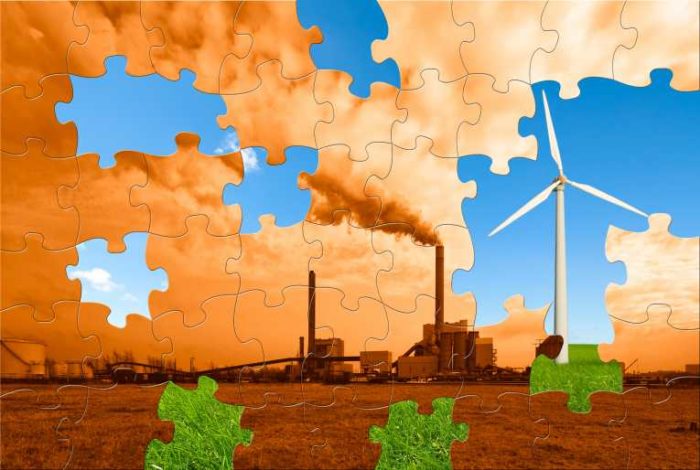 Despite the global efforts on tackling the climate change and looking for innovative ways to head towards a sustainable future, a newly-launched report “10 new insights in climate science 2019” highlights that the world is not on the same track, the actions that have been taken are not as fruitful as they should have been and the global leaders are not yet committing to the necessary emissions cuts.

In efforts to deal with the rapid climate change, the report presents ten steps linked to climate science, presenting how the world is now dealing with the environment and what has to be changed so that today’s actions can become more fruitful.

According to the report, although the use of coal has slowed down and is decreasing in many countries and there is a rise of financial divestment from fossil fuels, the overall size of the fossil-fuel industry continues to increase with robust growth in the oil and natural gas sectors.

In the meantime, when it comes to GHG emissions it is obvious that they keep on increasing, whereas it is reported that the gap between current trends and agreed climate goals is widened.

The energy infrastructure commits to 850 billion tonnes of carbon dioxide emissions, concerning its operation during its full life cycle, which is two times the budget available for stabilizing the climate at 1.5°C above pre-industrial level

In order to achieve ambitious climate targets Carbon Dioxide Removal (CDR) in some form is likely needed but comes with great risk and costs and shouldn’t be viewed as a substitute for mitigation.

Scientists reveal their observations according to which there is a continuous global warming, the sea level keeps rising in a faster pace, whereas the also known as “stable components of the earth system”, meaning Greenland and the Antarctic ice sheets, present signs of degradation.

Recently, it was revealed that the oldest Arctic ice sheet is beginning to disappear twice as fast in the rest of the Arctic Ocean, because atmospheric winds in north of Greenland transfer sea ice to other parts of the Arctic 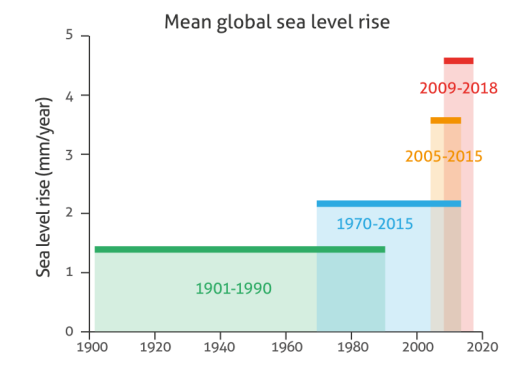 Mountains also experience the impact of the climate change, as diminishing glaciers, snow, ice and permafrost are some of the condition seen.

In the meantime, changes to glaciers, snow, and ice in mountains influence water availability in the mountain catchments and the lowlands, possibly affecting billions of people.

Adaptation to climate change is possible but its effectiveness is severely constrained under high emission scenarios.

#4 Forests are under threat, with global consequences

Given that global forests are a major CO2 sink, anthropogenic forest fires result to the reduction of major CO2 sinks. In addition, except the human element, global warming also poses great risk for the forests, leading to forest fires, and temperature increases cause tree mortality and reduce overall carbon storage capacity.

Deforestation along with additional human land-use changes accounts for 13% of the global anthropogenic CO2 emissions, becoming one of the major causes of climate change.

In recent years, there has also been observed regional increase in wild forest fires such as in Western US and Alaska, Canada, Russia, and Australia as a result of prolonged droughts

Therefore, because of the above, forests are having a hard time serving as carbon sinks in comparison to their pre-industrial climate conditions.

The report addresses the increased possibility of the current extreme weather condition becoming more and more severe in the future.

It is stated that terrestrial biodiversity is experiencing the negative impact of the climate change, as 14% local species loss on average predicted already at 1–2°C warming – to more than one-third in a business-as-usual scenario.

Moreover, coral reefs are also at risk, with a high possibility of extinction, due to ocean acidification, warming, heatwaves, and other anthropogenic pressures. At 2°C warming, at least 99% of coral reefs will disappear together with their ecosystem services, which sustain over 0.5 billion people at present.

Natural climate solutions are an essential contribution to mitigation, but nowhere near enough to ensure climate stability.

The decreasing agricultural productivity results to the issue of undernutrition, a phenomenon mostly seen in drylands in Africa and high mountain regions of Asia and South America.

Consequently, increasing concentrations of CO2 will reduce the nutritional quality of most cereal crops, with hundreds of millions of people in South East Asian and sub-Saharan African countries worst affected.

The combined effects of climate change and the rise in CO2 concentrations are projected to result in a 20% reduction in the global availability of protein by 2050.

#8 Most vulnerable and poor hardest hit by climate change

Countries with low-income population will be the worst affected from the climate change, with developing countries being unable to develop. Failure to mitigate and adapt could push 100 million people below the poverty line by 2030

The report notes that the success of climate policy depends on social acceptance; trust in government, policy effectiveness and the right use of revenues will lead to fruitful results.

Based on public opinion polls, an increasing number of citizens in various countries are seriously concerned about climate change.

Concluding, it is recommended that to achieve the Paris Agreement goals and the SDGs it is important to conduct deep, long-term actions. 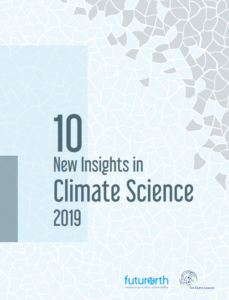